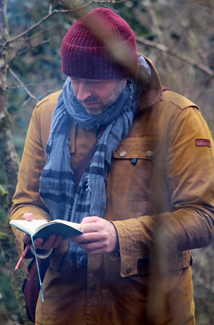 Since March, I have been recording observations in the surrounding woods on the north Dorset/south Somerset border and making work as part of the synchronised walking project, Landlinks. Part of the project is about ‘reviewing encounters with our various environments; to avoid ‘attachment’ to subjects… to let go of the desire to find the definitive subject and to leave that choice to chance.’ Several artists took part in a synchronised walk on Mothering Sunday, 22nd March. It was an odd time, entering Lockdown, abandoning plans to visit family. Heading into the woods along a planned route enabled a moment of reflection and space to notice, as well as a distraction from the unfolding situation.

Landlinks, and now Somerset Reacquainted, have both given me impetus to think about how I observe, comparing drawing ‘en-plein air’ with walking and photography- stillness versus moving. I have used 6-second films and an SLR camera, as well as drawing and writing, to try different responses.

The photo of the pig arcs is a response to one of the prompt points we were given as part of the project, making work wherever the prompt’s timing occurred, fitting into the idea of leaving things to chance. This prompt happened to be in the middle of a farm yard, as far away from my ideal aesthetic as I would have liked. In the 10 minutes I was given to record something, the plastic pig arcs appeared other-wordly; the low humming from a nearby cow shed was interrupted by the shrill song of a dunnock, which eventually broke cover from some ivy. Walking with prompts shifted my observation and I ‘noticed’ more, including the various sounds and movements which can occur in specific, fleeting moments and the expectations that come with anticipation. 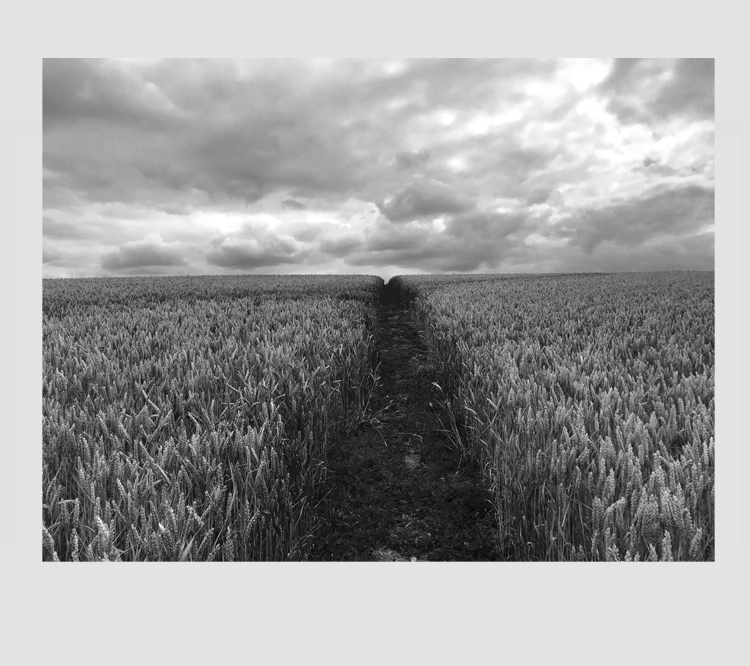 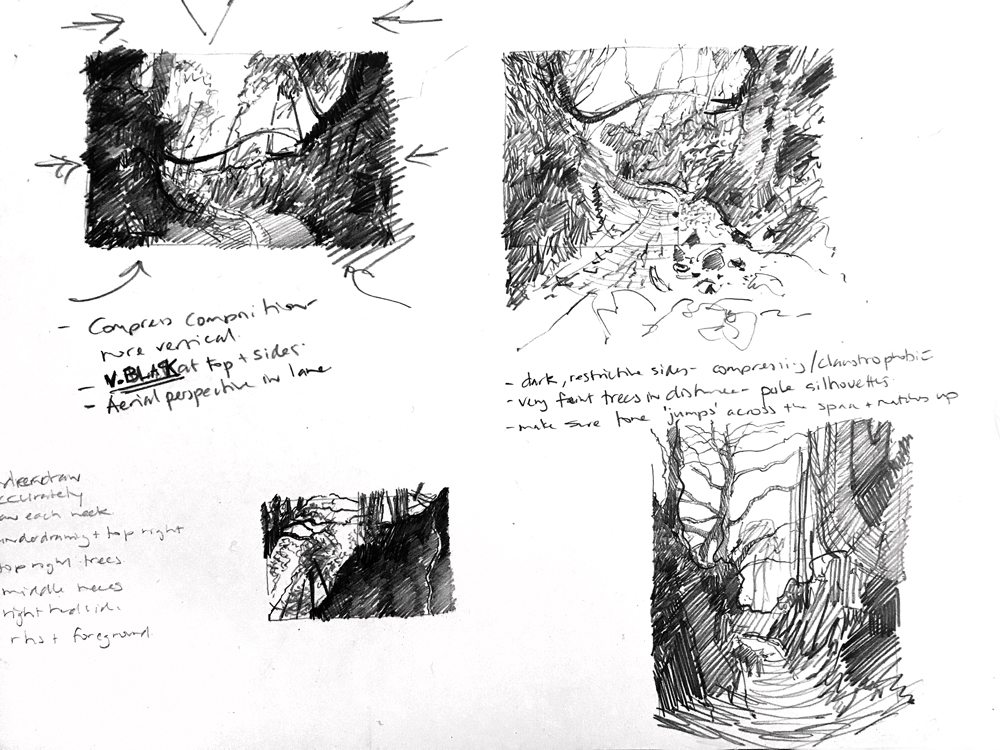 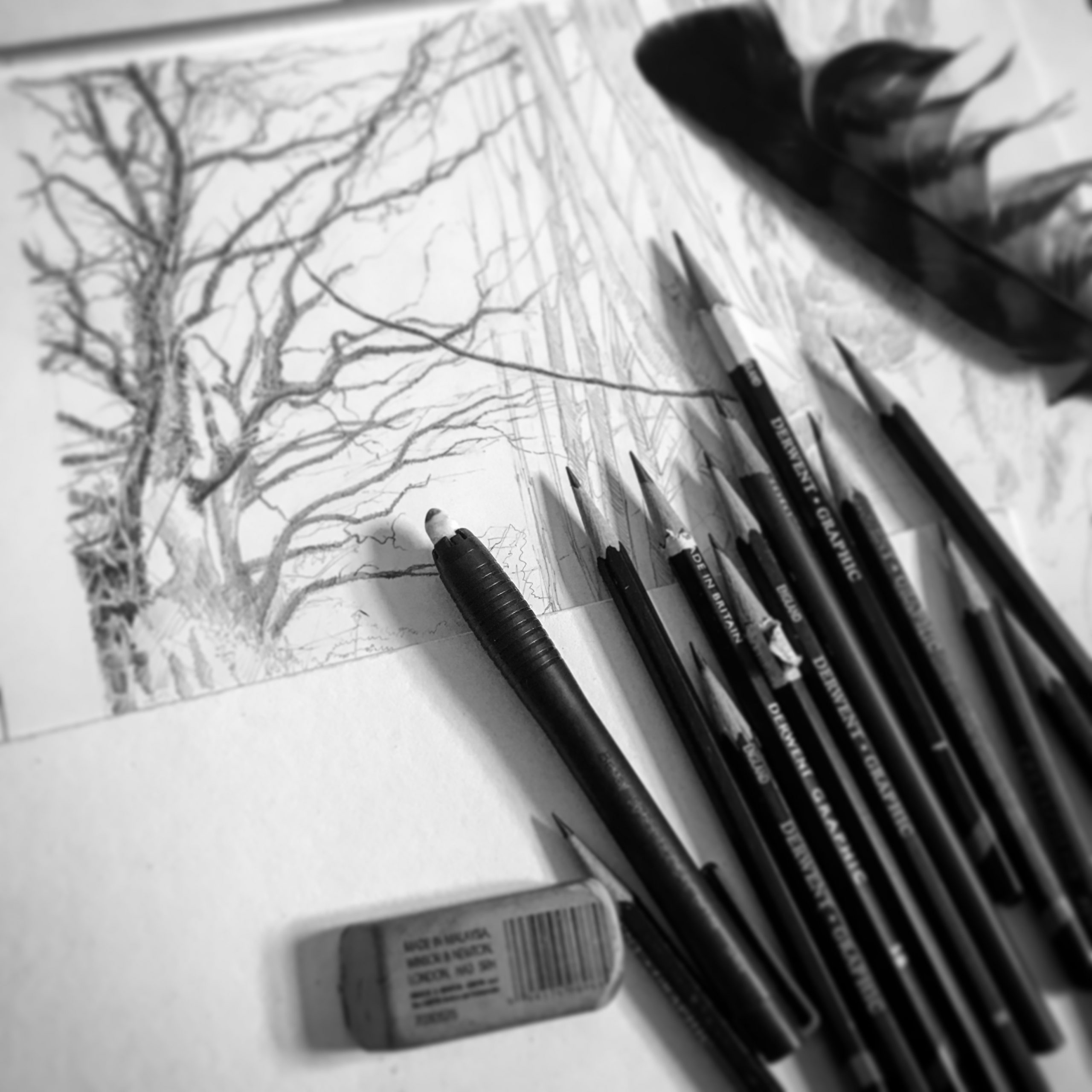